Huge congratulations to junior triathletes Gordon Benson and Sophie Coldwell for their fantastic results in the World Championships in Auckland this weekend. Gordon is now 5th in the world! This follows on from his recent win in the European Cup race in Portugal. Sophie also travelled out to New Zealand with Team GB and finished an impressive 15th. Our globetrotting juniors have certainly been making the most of their bike boxes in recent weeks. Maddy Wizner nearly made it a double win in Portugal when she crossed the line in a sprint finish alongside Luisa Condeço from Portugal. Both athletes were given the same time of 01:04.23; however, the Portuguese just edged it for the win. Maddy commented after the race: “The race was tough in the heat, but I am pleased with the result. It was just a shame to miss out on the win in the final sprint for the finish line.” Maddy has now taken her B&W bike box to New Zealand where she will be spending the next six months training and competing in the NZ triathlon Series 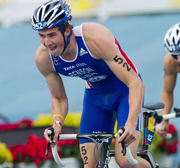 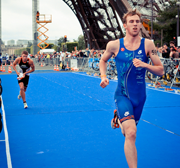 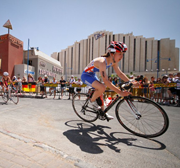 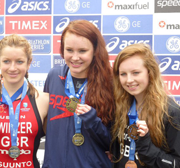